From Out of Space Wiki
Revision as of 07:01, 17 April 2019 by Encredechine (talk | contribs)
(diff) ← Older revision | Latest revision (diff) | Newer revision → (diff)
Jump to: navigation, search
This article is a stub. You can help Out of Space Wiki by expanding it. 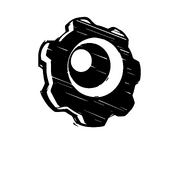 Behold Studios was founded 2009 in Brasilia, Brazil. The studio won over 50 awards, most notably the 2013's IGF - Independent Games Festival Award for their game Knights of Pen & Paper and their immensely successful Kickstarter campaign with Chroma Squad.